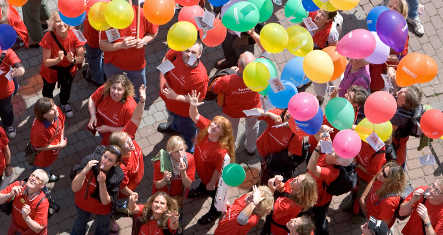 The strike ahead of negotiations scheduled for Tuesday morning, where the unions hope to pressure state employers to provide better health care options and higher wages for some 220,000 educators and social workers.

Depending on salary bracket, the unions want a wage increase of between €200 and €1,000, but state employers previously offered a total increase of €220 during the last round of failed negotiations.

“So far there is not sign of a negotiable offer,” a Verdi spokesperson said from Frankfurt. “Our hope however is that the employers put something on the table.”

The unions, which have been calling Kita workers across the country to strike for the last three weeks, have threatened to intensify their actions if employers don’t make a palatable offer.