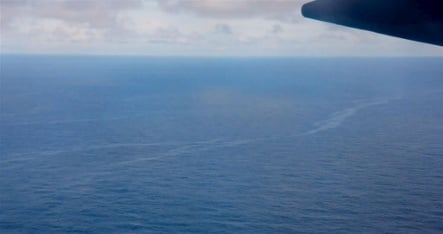 Steinmeier also said the victims’ relatives had all been informed by now. “We offer them our deepest condolences and our thoughts,” he said in Berlin.

A spokesman for the Foreign Ministry said the most passengers from Germany came from the southwestern state of Baden-Württemberg. Four each came from Bavaria and North Rhine-Westphalia, where as two passengers apiece lived in Berlin, Hamburg and Bremen. One came from Bremen.

Two of the victims were German citizens, but lived abroad and five were German residents but not citizens.

Most of the victims on the plane were Brazilian and French.

On Tuesday, German Chancellor Angela Merkel said she was “stunned” by what she called a “human catastrophe.”

The Airbus A330 jet left Rio de Janeiro for Paris late on Sunday, and is believed to have crashed after hitting a powerful electrical storm at around 4:00 am German time on Monday.

Brazilian search efforts have found debris and an oil slick believed to be from the plane some 650 kilometres (400 miles) northeast of Brazil’s Fernando do Noronha Island.