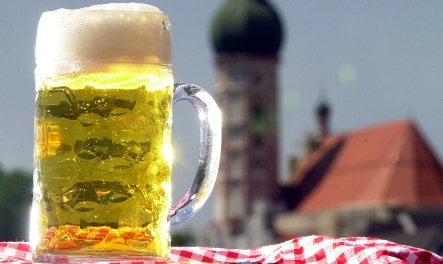 The city’s tourist office announced on Wednesday that a Maß will run revellers a minimum of €0.30 more than last year. Prices for non-alcoholic drinks will also be more expensive, with water costing on average €6.63 per litre and soda costing a hefty €7.44.

The city officials said they had no power to set beer prices, but the head of a group against stingy beer portions at Oktoberfest, Jan-Ulrich Bittlinger, said the rising cost of a Maß was an outrage.

“That’s pure greed and it damages the character of Oktoberfest as being for everybody,” he said. “The festival hosts are the robber barons of the modern age.”

Bittlinger called on Munich city officials to step in and stop the sudsy inflation. He said the best example of how much things had gotten out of hand was the fact that a litre of wheat beer will cost up to €13.60 this year.