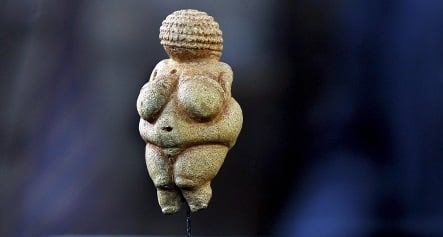 A file photo of the 25,000-year-old Venus from Willendorf. Photo: DPA

Experts from Tübingen University led by Professor Nicholas Conard reportedly made the “sensational” find in a cave between Blaubeuren and Schelklingen.

While details on the small sculpture are being kept secret until an official announcement next Wednesday, rumours within archaeology circles focus on a “human-like form” and a “female figure with distinct sexual characteristics” that resembles that of the 25,000-year-old Venus from Willendorf (pictured above), the oldest known human figurine, the paper reported.

Other figurines discovered in the same area in 2002 are some 35,000-years-old and considered to be among the world’s oldest. If the new female figure turns out to be a contemporary of these statues – a person-lion hybrid and a water bird – she will be the oldest known goddess figurine yet found.