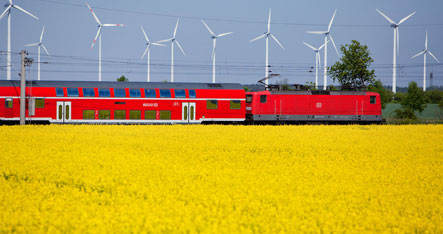 “Even if we don’t go public now, it doesn’t mean we are giving it up,” he told Deutsche Bahn’s internal newspaper DB Welt. “After all, we currently take outside capital through loans.”

But while emphasising that Deutsche Bahn has to remain capable of tapping the financial markets, Grube said that the circumstances were not now conducive to a partial privatisation. “We cannot give anything away.” A first attempt to float the company on the stock market was stopped last autumn.

Grube, a former manager at carmaker Daimler, said that his main priority remained clearing up the data scandal that cost Mehdorn his position. “This needs to be investigated immediately, unconditionally and thoroughly,” he said. Details about the mass internal observation of DB employees have shamed the DB recently. Grube promised that possible structural and personnel changes would be decided by the end of May.

“We are putting ourselves under pressure with this deadline, but we need the explanation and the clarity,” he said. “I am totally independent and will make decisions accordingly.”

The new railway boss also predicted one of the main innovations of his tenure would be looking beyond Germany’s borders. The company’s reputation was formed in Germany, “where we book three quarters of our results. But a large part of the DB’s future freight and logistics business will be abroad – mainly in Europe, but also beyond.”