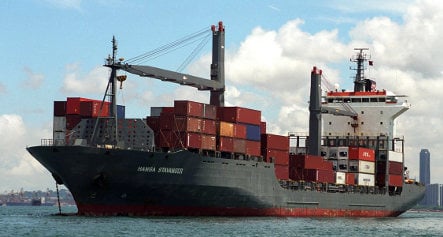 Politicians pulled back the force amid fears that an attempt to free the ship would end in a blood bath.

The container ship, captured by pirates off the Somali coast at the beginning of April, complete with 24 crew, including five Germans, was in the sights of a 200-man strike force, according to reports in the weekly magazines Spiegel and Focus.

They had been aboard the US helicopter carrier ship USS Boxer near the Hansa Stavanger and were ready to try to board and seize the 170-metre long ship, when they received orders to turn back.

The German government had asked the Americans for military support of efforts to regain control over the ship, and although the GSG 9 force is being hosted on the US ship, it needed explicit US government permission to launch an operation.

This was not issued, and a crisis meeting in Berlin called off the action, the magazines report.

An attempt to free the Hansa Stavanger three weeks ago ended in failure after the pirates managed to flee to a harbour on the Somali coast.

The GSG 9 force will now return to Germany, the reports say.