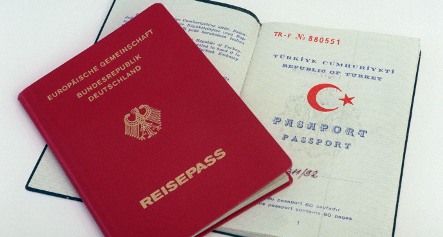 Currently European Union citizens who decide to take on German citizenship can do so without losing their original nationality and the Turks want to be able to do the same.

Rules introduced in 2000 mean that children born in Germany to Turkish parents automatically get German nationality as well as that of their family.

But once they turn 18, they have no longer have the right to both and have to choose between them. If they fail to decide by the time they are 23, they lose their German passport.

Because the law, which took effect in 2000, applies retrospectively to children born in 1990 onwards, letters are being sent to those affected and decisions are having to be made.

The Turkish Community in Germany (TGD) advises those teenagers to take the German passport.

TGD chairman Kenan Kolat said, “We advise out young people to initially decide for the German passport because it offers advantages in the work and education market and also gives them political voting rights. Also, as a German, for many trips you do not need a visa.”

But he said added that young Turkish-Germans should also apply to keep their Turkish nationality. “If this is refused, one can appeal legally.”

Kolat said the current rules were not encouraging integration of Turkish and German communities. “These rules do not connect young people more closely to Germany, rather the opposite is the case. If they feel put under pressure like this, and decide for the German citizenship for pragmatic reasons, they will do with dislike. It would be better to enable a dual citizenship.”

He said he hoped the rules would be changed by an incoming government after this autumn’s election. “Perhaps the political majorities will change after the election in September, so that we get a new chance to get rid of this enforced decision and enable dual citizenship.”