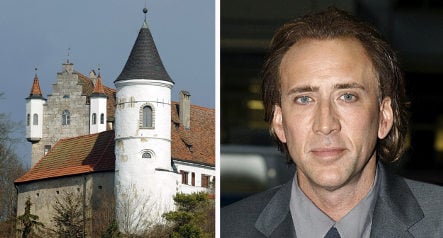 The 45-year-old Hollywood actor told Bunte that although he’d been forced to sell the property because of the “difficult economic situation,” adding that “it will always have a firm place in my memory.”

Last week media reports said that Cage was selling Castle Neidstein near the village of Etzelwang in northern Bavaria. The 28-room, 16th century castle was bought by Cage’s former legal adviser Konrad Wilfurth of Amberg. Cage bought the property at a reported price of €2 million in 2006.

Cage said he had to live where his family felt happiest, and that they currently had residences both in the US and Europe.

“I want to live with the seasons,” he told the magazine. “That’s why I moved away from Los Angeles. It’s not good for your well-being if the sun shines the whole time.”