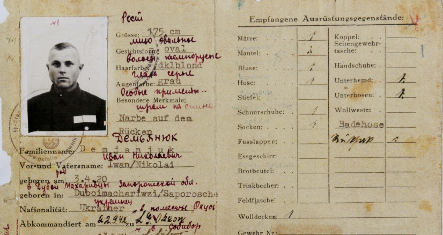 John Demjanjuk, who turns 89 on Friday, was due to be flown Sunday from the US city of Cleveland, where he lives, to Germany, which seeks to try him for the alleged murders.

Demjanjuk, one of the world’s top Nazi war crime suspects, was to be arrested upon his arrival Monday and either taken straight to prison or to a prison hospital, after Demjanjuk’s bid to convince US officials to block his extradition on the grounds of poor health failed, his lawyer Günter Maull said in Germany.

But his attorney in Washington said he filed a last-minute emergency motion for a stay of expulsion with a US immigration court Thursday, a day after filing a petition for an administrative stay with the Department of Homeland Security.

“The grounds are that in light of his deteriorated health and the German government’s apparent intention to arrest and put him in jail… the anguish and pain that he’ll suffer from arrest and incarceration and trial in Germany will amount to torture under the convention against torture,” John Broadley told AFP.

“He is a very old man,” said Broadley, who would not confirm that Demjanjuk was due to be expelled Sunday. “So far nobody has notified us about any definite plan to take any action” to extradite his client.

For its part, the US Department of Justice (DOJ) said it “is working closely with the government of Germany to secure Demjanjuk’s removal from the United States,” according to spokeswoman Laura Sweeney.

“Unfortunately, the DOJ doesn’t confirm information regarding removals unless and until an individual is on the soil of the country to which he/she has been removed.”

The Ukrainian-born Demjanjuk – who changed his name from Ivan to John when he moved to the United States in 1952 – was ranked number two on the Simon Wiesenthal Centre’s 2008 “most wanted” Nazi criminal list, behind Aribert Heim, nicknamed “Doctor Death,” who according to a recent investigation died in 1992.

German prosecutors issued an arrest warrant for Demjanjuk in March, accusing him of serving for six months in 1943 at the Sobibor death camp in occupied Poland.

The US Office for Special Investigations (OSI) described Sobibor as “as close an approximation of Hell as has ever been created on this planet.”

The extradition and the attempt to block it mark the latest episode in Demjanjuk’s nearly 30-year cat-and-mouse game with justice.

He was sentenced to death in 1988 in an Israeli court, suspected of being the infamous and sadistic concentration camp guard “Ivan the Terrible.”

The sentence was overturned five years later by Israel’s Supreme Court after statements from former guards identified another man as “Ivan the Terrible.”

Demjanjuk is in poor health and suffering from a form of leukaemia, his German lawyer said.

“We now only want to die in peace,” his wife Vera told mass circulation daily Bild in a recent interview.