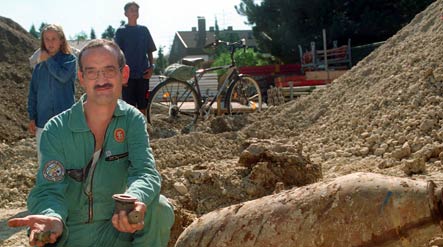 A police spokesman told reporters that the evacuations, which also affected part of Hannover, would be completed by midday, after which the bombs would be diffused by an explosive ordnance disposal unit.

As many as six unexploded weapons are thought to be buried in the area. They were discovered during the analysis of aerial photographs of the region.

About 1,000 volunteers aided in the evacuation, which is also likely to cause considerable disruption to rail services.

According to the police, the majority of the evacuees have found lodging with friends and family, though schools have also been made available, primarily to house residents of two retirement homes in the area.