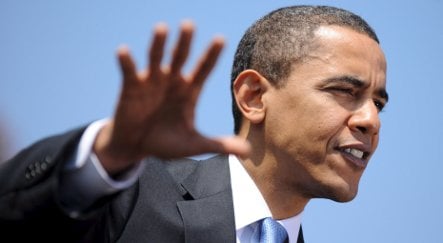 Merkel’s spokesman on Friday said the two leaders had committed themselves to finding common solutions to pressing economic matters such as the future of troubled US carmaker General Motors and its German unit Opel and tightening international financial market regulation.

“The proposals that (US Treasury Secretary) Timothy Geithner has put on the table when it comes to regulation of certain players – hedge funds and others – show that we are proceeding together in the same direction,” spokesman Ulrich Wilhelm told a regular press briefing.

Merkel and Obama had a 40-minute video conference on Thursday evening to prepare for the US president’s first official trip to Europe next week. They will hold bilateral talks in Baden-Baden in southwestern Germany next Friday between summits for the G20 in London and NATO in Strasbourg, France.

Wilhelm also said Obama had made “no concrete demands” to Berlin for greater military engagement in Afghanistan.

The German parliament voted last year to increase its troop deployment in the country, which is part of the NATO-led International Security Assistance Force (ISAF), to 4,500.

But Germany’s soldiers are based in the relatively peaceful northern part of Afghanistan and many observers had expected Obama to ask US allies to do more during the 60th anniversary summit of the NATO alliance on April 3-4.