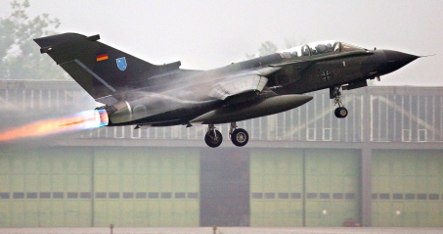 Their Tornado JaboG33 model jet reportedly rolled while landing on a runway at the Büchel military base in the German state of North Rhine-Westphalia on Monday night.

The crew members saved themselves with their ejector seats, though both officers were injured, the spokesperson said. They were transported to a military hospital in Koblenz, but the spokesperson could not say how serious their injuries were.

The Tornado was completely destroyed in the incident and military officials are still investigating the accident’s cause.