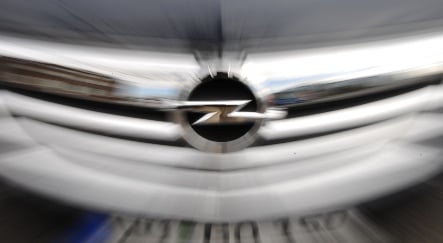 “If one thinks purely in terms of operating costs, and not in terms of individual jobs, it would of course be sensible,” Hans Demant told the weekly magazine Wirtschaftswoche.

“We want to do our utmost to avoid closures. Whether we will manage it remains to be seen,” he added.

For the moment measures to cut certain departments and jobs and reduce the wage bill were being envisaged, Demant said, adding, “We are aware that these are painful.”

Der Spiegel magazine reported earlier this month that Opel’s management planned to shut three facilities in Europe – two in Germany and one in Belgium – and sack 11,000 people, a fifth of its workforce.

The aim is to save some $1.2 billion dollars (€949 million) in staff costs, the magazine wrote. An alternative proposal would be to cut only 3,500 jobs but reduce wages across the board, it added.

Meanwhile the daily Bild on Saturday quoted the head of the works committee, Klaus Franz, saying that Opel employees were envisaging a joint operation with the group’s 2,000 concessionaires to buy 25 percent of the company.

They would be prepared to give up some of their wages to fund the project, he added.

Demant said bankruptcy was “not an option” for Opel, which was engaged in “very constructive discussions” with the government to obtain state aid amounting to €3.3 billion.

He said it was not a question of directly injecting cash into Opel but providing limited guarantees under a plan presented in late February that also foresees the German car maker gaining a large degree of autonomy from GM.

Labour Minister Olaf Scholz told the weekly Bild am Sonntag in an interview to be published on Sunday that “letting Opel die would be more than a mistake, it would be an unacceptable setback for the government.”

The cost would be billions of euros, the Social Democrat said, calling on Christian Democrat Chancellor Angela Merkel to promise Opel workers that they could count on the cross-party government.

Economy Minister Karl-Theodor zu Guttenberg said on Tuesday that GM was prepared to scale down its stake in Opel to a minority shareholding.

He said he had also sought guarantees from the US government that any German public aid for Opel would not be transferred to boost GM.

After meeting his US counterpart, Treasury Secretary Timothy Geithner, Guttenberg told reporters that “the glimmer of hope for Opel was becoming a bit brighter.”

But despite “considerable progress” in the talks, many unresolved issues remained, he said.

ECONOMY
What the dollar-euro exchange rate means for Americans in Europe
Url copied to clipboard!