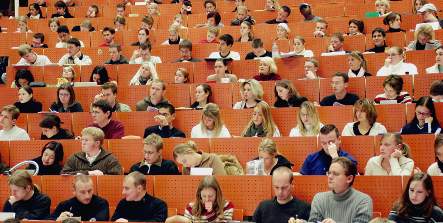 According to the master’s candidate involved, a 34-year-old woman from Ukraine, the professor suggested sex as payment for raising the student’s marks on an oral exam.

“Yes, I wanted sex,” the 58-year-old married economics professor told the court. “She wasn’t an unattractive woman. I thought she was nice and beautiful, and I wanted to have an affair with her.”

The woman said the professor suggested a trade at their first encounter.

Asking the man what he exactly meant, he held up six fingers. The student thought he wanted money, but he was making a play on the word sex. Indignant, the woman rejected the professor’s advances.

After that encounter, in which the student threatened to make the professor’s propositions public, the professor informed the university dean of the situation.

The man was found not guilty of a more serious attempted coercion offense, but the prosecution accused him of “shattering trust in the integrity of those employed in the public service.”

Meanwhile, the student completed her oral test with a different professor, passing her master’s exam.