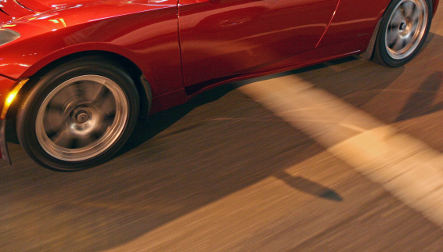 Concerned residents on the city’s Goslarsche Strasse called the authorities to report the odd incident on Sunday evening.

“The officers blocked the car with their patrol vehicle and brought the pilot in for a pit stop,” police said in a statement.

The woman driving what officers called a “red Korean speedster” told them that she’d wanted to take her new car for a test drive, but that “wouldn’t work so well” on normal surface streets.

Officers administered an alcohol test and sent the woman “straight home” with a warning after she proved sober.