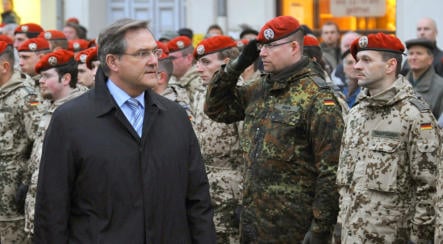 Franz Josef Jung will begin his tour in the Uzbek town of Termez on the Afghan border, home to the air base for German forces going into northern Afghanistan. He will also meet with Uzbekistan’s defence chief, Kaboul Berdiev.

Jung will spend Tuesday and Wednesday in the north where he will visit a training centre for Afghan police and also meet local teams involved in reconstruction.

Berlin is expected to send some 600 additional troops to help boost security in the Afghanistan during elections set for August.