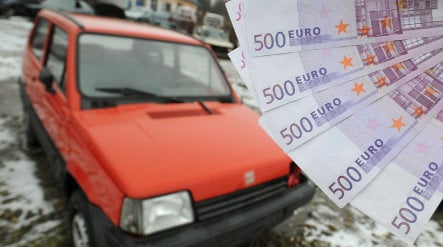 Those who bring an old suit to upscale haberdasher Herr von Eden in Berlin’s Mitte district, for example, saved up to €300 on a new suit last week, the paper reported on Sunday. Meanwhile, home electronics chain Media Markt has offered a €100 discount on new products over €500 in exchange for old electronics, local bike shops offered to slash prices two-wheel trade-ins, and cookware company WMF told customers to send in their tired old pots and pans for shiny new cooking implements.

“Functioning marketing concepts always find copycats,” global market research company GFK spokesperson Wolfgang Twardawa told the paper, adding that the “old against new” idea has been used in the past.

And though Berlin watchmaker Askania has also offered their version of the “environmental premium,” as Abwrackprämie is also known, consumers shouldn’t expect to have all the time in the world to trade up for various new goods, the paper reported. Many stores will only offer the savings scheme for a limited time.

“It can lead to a change in consciousness for consumers,” Twardawa told the paper. “Then nobody is willing to pay the normal price any longer.”