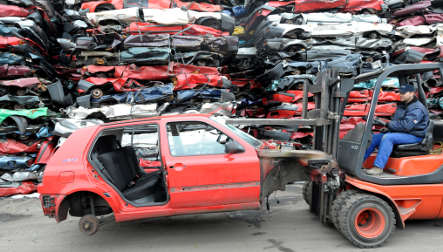 “The consumers are getting the news of the crisis from the media, but they are not yet personally effected by it,” GfK head Klaus Wübbenhorst told news agency DPA from his office in Nuremberg. “Shorter working hours means that unemployment isn’t really there yet.”

Economic and income expectations have been dropping in the wake of the global financial crisis, but they have bounced back, according to GfK, which expects their consumer confidence indicator to rise a bit more in March.

An inflation rate of less than one percent and the Abwrackprämie are infusing the consumer climate because people feel their buying power has increased and their income prospects are positive, researchers said.

Despite plenty of bad news about lay-offs and production cuts, the “economic pessimism” of some 2,000 consumers polled has gone down, GfK reported, adding that this was likely due to the expectation that two government economic stimulus packages would be effective.

Part of these efforts to battle the global economic slowdown includes a €2,500 “environmental bonus” for anyone trading in their old car for a new one.

The programme is designed to encourage used car buyers to add their old cars to the scrap heap for new, cleaner-burning autos. The government hopes the subsidy will stem, if not reverse, a 14 percent decline in new car sales in January, thereby supporting Germany’s most important employer – one in five Germans are employed by car industry.

“Admittedly the consumers aren’t storming the shopping malls right now,” Wübbenhorst told DPA. “They are buying at a low level.” But even this is cause for happiness in light of the gloomy economic prognosis, he added.