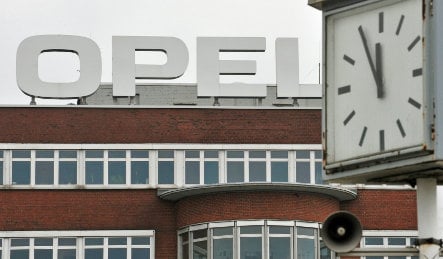 According to an anonymous source cited by news agency Bloomberg, Opel factories in Bochum, Germany and Antwerp, Belgium could be closed, and another factory in Eisenach, Germany sold. GM could also shut down its Trollhaettan, Sweden Saab division.

The potential closures could be part of a restructuring plan to cut labour and costs as GM submits a restructuring plan dubbed “Renaissance” to the US Treasury Department in a bid to keep $13.4 billion in US government aid in the wake of the global economic crisis, Bloomberg reported.

But North Rhine-Westphalia’s state premier Jürgen Rüttgers, currently on a trip to Washington to negotiate with American officials, on Tuesday warned GM against trying to save itself at Europe’s expense.

“I want every manager here to know that they can’t just make decisions in America that those in Germany, Europe and North Rhine-Westphalia have to swallow,” he told public broadcaster WDR. “No one can exist alone, including General Motors without Opel,” he said, adding that he supported a common solution between the two companies.

But Economy Minister Karl-Theodor zu Guttenberg told broadcaster ARD that GM hadn’t produced a plan for Germany to negotiate with yet. “We can’t reasonably negotiate on the sidelines until we know what the company itself presents,” he said.

This week the German media reported that state governments were working to split the two companies by taking a share in Opel. There was also speculation that talks between Opel and GM over a possible separation had been running for several weeks in Düsseldorf, and that Opel was trying to gain access to its own technologies because patents currently lie with a subsidiary of the US firm.

Both GM and Opel have refused to comment on any possible plant closure.