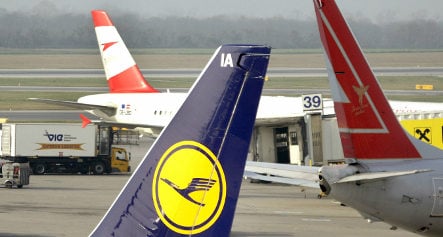 “We made an offer and we stand by it,” the Lufthansa chief executive told a press conference in Berlin.

He added that the German carrier expected European Union (EU) approval for the takeover at the current price.

That amount could nonetheless increase to as much as €162 million depending on the Austrian airline’s future performance and the level of Lufthansa shares over the next three years.

Another condition of the deal was that the Austrian state absorb €500 million of AUA’s debts, or more than one third of the total €1.4 billion.

On Thursday, the EU Commission expressed doubts about the price paid by Lufthansa and AUA’s market value, as well as about the debt assumption by Vienna which might constitute market distortion for rival airlines.

The Franco-Dutch airline Air France-KLM and Irish low-cost carrier Ryanair have both files complaints with the commission regarding the AUA sale. But Lufthansa feels that restructuring the Austrian airline is “absolutely necessary,” and it is not willing to do without aid offered by Vienna.

Austrian Finance Minister Josef Proell said meanwhile that his government will do all it can to ease the commission’s concerns.