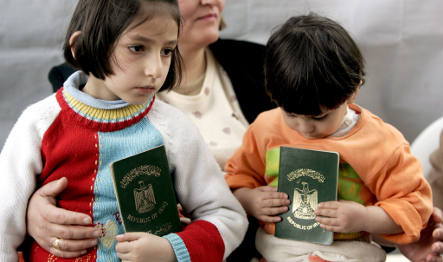 Most of the refugees are minority Christians who fled to Syria and Jordan as security conditions deteriorated in the country, he said.

The European Union decided in November to take on 10,000 Iraqi refugees, with 2,500 going to Germany. About one-fifth of these will go to the cities of Cologne, Düsseldorf, Aachen, Neuss, and Münster in the state of North Rhine-Westphalia, where there are Chaldean churches waiting to take them in. But the state will also take on torture victims, widows, and children in addition to the minority Christians.

There are some 600,000 Chaldean Christians in Iraq.

The first refugees will arrive in March and receive a three-year residence permit after undergoing a security check, Laschet said. The goal is to enable the new residents to form a long-term plan to stay in Germany, he said, adding that he supported a “welcoming culture” in Germany, where refugees could quickly orient themselves and integrate.