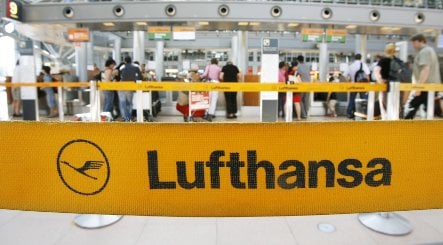 More than 1,000 cabin crewmembers took part in the temporary strike, and Müller estimated it would affect more than 150 flights out of both Germany’s financial centre Frankfurt and the capital Berlin.

A Lufthansa spokesperson told news agency DDP that the airline was working minimise inconvenience to passengers, adding that they could be booked on other flights or take the train. Concerned passengers can call 0800 – 8506070, or 01803 – 336633 for those who booked their trip online.

The trade union UFO is fighting to get workers a salary increase of 15 percent in the next year and better working conditions. Lufthansa, which employs some 16,000 cabin crew members, has offered a deal that includes a 10 percent salary increase that would occur over the next 14 months. Talks between the union and Lufthansa broke up two weeks ago without agreement, and UFO staged its first temporary strike on the morning of Friday January 23 in Frankfurt, causing the airline to cancel 44 flights.

Lufthansa workers jammed German air traffic this summer when they staged massive strikes led by trade union Verdi. But the airline doesn’t consider its agreement with Verdi to include UFO.