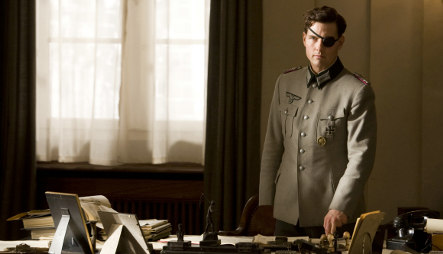 “Valkyrie” has been one of the most keenly awaited new releases in Germany this winter, thanks to the legendary status of its subject – Claus Schenk Graf von Stauffenberg – and a string of controversies during its production.

Although expectations were low here for Cruise in the role of the Prussian aristocrat who dared to make an attempt on the Führer’s life, several critics said even those modest hopes were disappointed.

“Cruise forms the flat, expressionless centre of the film around which the input of the remaining cast and crew fades away like a spectre – and it is not the fault of the eye patch that the wounded Stauffenberg wears,” the chief critic of Berlin’s daily Der Tagesspiegel, Jan Schulz-Ojala, wrote. “The efforts of the other actors seem well-nigh grotesque next to the stony-faced acting of the film’s star.”

Cruise donned a Nazi officer’s uniform in the US-German production to play Stauffenberg, who placed a bomb under a table in Hitler’s eastern headquarters in East Prussia on July 20, 1944 in a failed bid to end the disastrous war.

The Nazi leader escaped with slight injuries because the briefcase carrying the explosives was moved behind a sturdy leg of the oak table by an unwitting aide.

Stauffenberg and other conspirators were rounded up and executed, making them martyrs of the German resistance whose memory has been carefully tended in the post-war years.

However a descendant of Stauffenberg called Cruise, who will attend the Berlin premiere Tuesday, too stiff, too short and too dull to play the real-life plotter.

“Tom Cruise seems terribly cautious, almost as if he were afraid of playing the role. He tries to seem elegant but comes across as extremely stiff,” Franz von Stauffenberg told the Welt am Sonntag newspaper. “He seems not at all decisive in the role and above all not charismatic enough. On the whole he just seems too small.”

The makers of “Valkyrie” ran into resistance when they tried to film in Germany because of Cruise’s membership of the Church of Scientology, which is seen there as a dangerous sect.

Authorities initially denied the cast and crew permission to film at the Bendlerblock, a complex of buildings in Berlin where Operation Valkyrie was planned and where Stauffenberg and other conspirators were executed.

But they eventually acquiesced after a number of high-profile commentators noted the image-building potential of a global star portraying a dashing German who dared to face down the Nazis.

“If you read the reviews from America …you see precisely what a risk a Hollywood star is taking by putting on a Wehrmacht uniform and occasionally, albeit under duress, lifting his arm and saying ‘Heil Hitler’,” the Frankfurter Allgemeine Sonntagszeitung said in a full-page, largely positive review.

The respected daily Süddeutsche Zeitung was also pleasantly surprised by the movie.

“Based on everything the film was accused of and how much could have gone wrong, you could almost call it a triumph,” it said.

Culture minister Bernd Neumann hailed the film as “successfully helping a chapter of German history that is little-known abroad becoming common knowledge”. Berlin even subsidised the film to the tune of €4.8 million ($6.3 million dollars).

But a conservative MP refused to let the Scientology issue die quietly, calling for a boycott of the premiere over Cruise’s membership in the “sect”, in a letter to fellow deputies obtained by the daily Die Welt.

The politician, Michael Brand, said Stauffenberg was “a globally recognised symbolic figure against the totalitarianism of the Nazis” while Cruise was “a top figure in a totalitarian, anti-democratic organisation,” adding that, “Stauffenberg himself, I am fairly sure, would have resisted” the hype over the film.

The film has drawn mixed reviews in the United States but clocked up respectable box office receipts of nearly $72 million since its release last month.