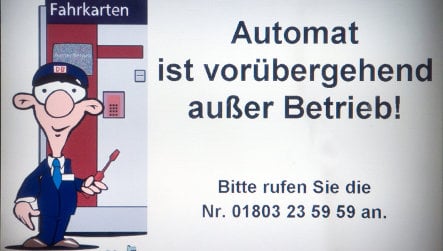 A spokeswoman in Munich said that the company’s internet site was also malfunctioning due to the nationwide network outage.

“There is a huge effort to get the vending machines working again,” she said, adding that the technical glitch had caused “massive disturbances” and delays.

Some electronic departures displays in train stations were also temporarily affected by the problem, according to Deutsche Bahn.