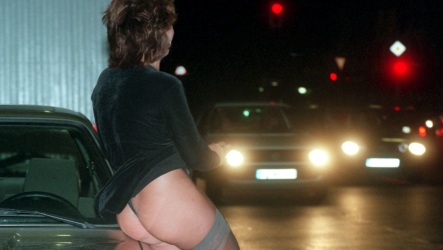 “The situation has become worse over the last two years. There are even prostitutes in front of the Elisabeth hospital,” mayor of Tempelhof-Schöneberg Ekkehard Band told the paper, referring to Berlin’s famous shopping mile Kurfürstendamm.

Band wants the working girls to turn off their red lights – at least in front of schools, playgrounds, churches and hospitals. “After all, it is about the protection of minors,” he said, “at any rate in the immediate areas around youth and social facilities.”

The sex trade is booming on and around the Ku’damm, branching out into nearby roads and alleys, meanwhile investors want to build a new brothel on top of a big sex department store on one of the area’s main street corners.

District officials rejected the application, but investors await a ruling on the matter after taking the senate for urban development to court.

“If the court doesn’t agree with our opinion, the area will have to deal with another unbearable burden,” Band told the paper.

A complete ban on street-walking is not an option, though. Band said this would push the sex workers underground, making them more vulnerable to crime.

But residents who fear negative effects of prostitution in their neighbourhood have organized citizens’ action groups to patrol the streets at night with flashlights to keep hookers from doing business in parked cars along city streets.

Interior Minister for the city-state of Berlin Ehrhart Körting told the paper however that prostitution on the Ku’damm is “static” and has been established for decades.

Prostitution has been legal in Berlin since 2002. The city offers numerous social programmes and benefits, including health insurance, for prostitutes.