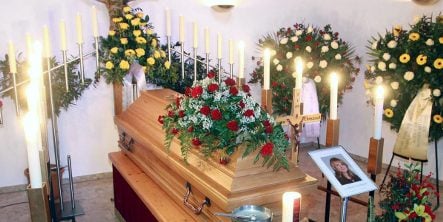 Althaus, who was also seriously injured in the crash, but seemed to have been saved by the fact he was wearing a helmet, has been flown back to Germany from the Austrian hospital that was treating him.

He has now also been told about the death of the 41-year-old mother-of-one, who died on the way to hospital from the slopes in Donnersbachwald, near Salzburg.

Alexander Rehrl, lawyer for the woman’s family, told Der Spiegel he was confident that the local state prosecutor would open a case against Althaus once investigations were completed.

Lawyers from both parties have examined the scene of the collision, where two ski slopes meet. Althaus was reportedly travelling at around 40 kph when he and the woman collided.

He had turned against the general flow of skiers and turned the corner, say investigators. They hit each other head on and were both thrown several metres through the air.

Althaus’ lawyer Walter Kreissl, said his client had not been skiing irresponsibly or without taking care, but experts suggest he should have given way when he made the turn.

State prosecutor Walter Plöbst says Austrian law demands a court trial when any accident results in a death, even if the survivor is only partly to blame.

The dead woman’s widower has also said he will be suing Althaus for damages.