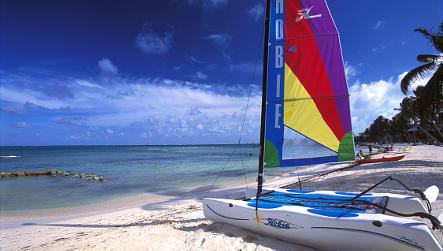 A replacement aircraft was not available at the time, a Condor spokesperson told news agency DPA.

Passengers finally boarded the repaired plane of the holiday airline after 53 hours and two nights in a Cancún hotel. Problems with one of the wings meant that the plane could not be repaired before a replacement part was delivered from Germany.

Another 266 passengers had to wait in Frankfurt for an extra day for the plane to arrive so they could begin their trip to Mexico.

Passengers have a right to file for compensation for their troubles, the airline said.

The Germany-based airline made headlines on Monday when 206 passengers were forced to sit on the Frankfurt airport tarmac for eight hours before takeoff to Cuba due to snow and ice.