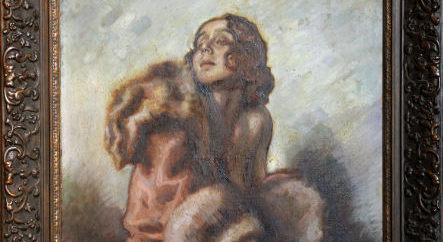 The association, which acts as the representative organ of more than 400 institutions, has asked Dutch art museums to look at works that came into their possession between 1933 and the present, Museumvereniging director Siebe Weide told The Local on Tuesday.

“This is not about returning works, but discovering whether there are works with doubtful provenance to publish a list,” Weide said. “It’s up to owners – which are mostly regional and local governments and citizens – to deal with having works returned.”

Individual museums will conduct the research themselves in the government-funded project that will end in 2013, the Museumvereniging announced at their New Year’s meeting on Monday night. This is the second such undertaking in the Netherlands. Ten years ago, they conducted a similar search for works that came into museum possession between 1940 and 1948.

“But since then there is new information,” Weide said. “Now we know that there were doubtful transactions concerning works acquired before 1940 after Kristallnacht.”

Kristallnacht, also known as the Night of Broken Glass, saw Nazi thugs plunder Jewish businesses throughout Germany, torch some 300 synagogues and round up some 30,000 Jewish men for deportation to concentration camps on November 9-10 in 1938.

While he is unsure of how many works the search will uncover, he said it important not to postpone the project because Jewish owners and their children are aging.

The Dutch museums will work with the German Museums Association (Deutscher Museumsbund), which has conducted substantial research in recent years, Weide said.

“We know there is a lot of research in Berlin and we want to coordinate, because art moves around and many German Jews fled to the Netherlands, so there is lots of information to be found,” Weide said, adding that this will be the final effort by Dutch museums to find the origins of such art.