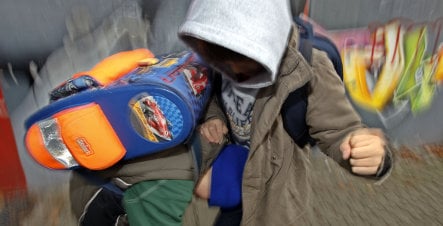 The administrative court in Koblenz, which announced the ruling on Monday, said that while a first name is generally kept for life in Germany, the six-year-old’s birth name had been the cause of substantial distress. Teachers at the boy’s kindergarten testified that he was especially sensitive to the ribbing he got from other children due to his Afghan name.

The child’s mother, who is divorced from his father and has custody of the boy, had applied for the change, arguing that her son had been bapitised a Catholic and had for year had no contact with his father for years, who did not pay child support.

The boy’s father filed a complaint to stop the name change, without success.

The court said the transformation from Sabsudin to Sebastian would help the child better integrate into the school community. Judges added that since Sebastian was keeping his last name, the continuity of the family name and connection to his father would be maintained.

Changing your name in Germany can be difficult. There are only five circumstances in which German law allows a name change – marriage, correcting a clerical spelling error, being given an “unfortunate” name such as “Adolf” or “Hitler,” gender reassignment or naturalisation of a foreigner.

When registering a child’s birth, authorities can prevent parents from giving their children unusual names. So had Frank Zappa lived in Germany, he would have had quite a fight on his hands at the registry office with his offspring Dweezil and Moon Unit.