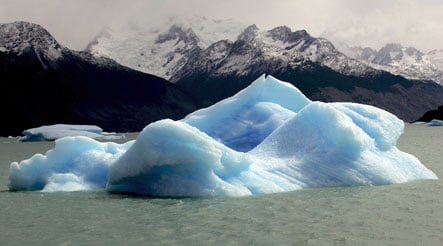 “In almost all areas, developments are happening much faster than previously thought,” Schellnhuber, director of a Potsdam-based institute for climate research, told daily Saarbrücker Zeitung.

Pointing to the record speed in which Arctic ice is melting, he said there was evidence that the climate in the Polar region “has already tipped into a new situation” that might be difficult to stop.

“We are much further down the path towards destabilising the global climate than most people and governments know,” Schellnhuber said.

Calling Greenland the planet’s “overwhelming Achilles heel,” he said the country’s ice could melt uncontrollably should temperatures increase by two degrees Celsius worldwide. That in turn would cause seas to rise by seven metres.

“Then there would no longer be the current coastlines – not in Germany either,” he said.

Schellnhuber said in order to halt climate change CO2 emissions must be halved by 2050, which would mean cuts of 80 to 90 percent for industrialised nations. The process of reducing greenhouse gases also must start by 2020, he said.

“If only one side fails – industrialised nationals or developing countries – then a disastrous change in the climate will be unavoidable,” Schellnhuber told the paper.