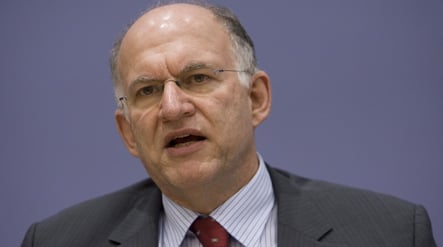 According to Schaar, the perpetual scandals of the past year have been very troubling. “You almost get the impression that everyone in the country has been the victim of data abuse,” he told news agency DDP in an interview this weekend. “Every day, huge masses of data about us is saved – when we make phone calls, when we use the internet, on video cameras. I think it’s quite disturbing that big companies don’t take data protection seriously at all.”

Schaar believes that the line between the legal and illegal sharing of data has become increasingly blurred: “Companies explore the full extent of the legal limits, and occasionally they cross them. In most cases you can’t tell if data has come from legal or illegal sources.”

But Schaar did find it encouraging that there seems to be a cross-party consensus that private life should be better protected in Germany. “I’m thinking particularly of the proposed amendment to the data protection law, which will require more transparency in the scoring of credit ratings,” he told DDP.

Nevertheless, the commissioner had profound reservations about the controversial amendment to a new anti-terror law, which finally passed parliament this month. It gives federal police the power to trawl through the population’s personal data in search of terrorist suspects. The police now have “many new capacities that change the character of their work,” Schaar said. “The tendency towards valuing safety above freedom continues.”

Schaar also pointed out that many new bills are being passed on the grounds that they will help fight international terrorism, without evidence that they do. He warned, “Before new freedom-restricting rules are put into place, we should check whether the current measures actually do what they said they would. In my opinion, some things have gone too far and others are superfluous.”