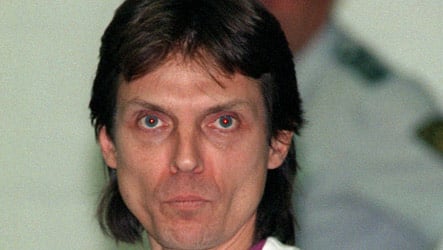 According to a report published in the latest issue of Der Spiegel magazine, the 56-year-old Klar will instruct his Hamburg lawyer to sue any media outlet that publishes current photos of him.

Klar has been ordered by the state court in Stuttgart to inform the court of his address and any possible job position. He is also obliged to stay in contact with his probation officer, but is allowed to travel freely inside and outside Germany. As has been extensively reported, Klar is to begin an unpaid internship as a stage-hand at the Berliner Ensemble theatre in Berlin in January.

Klar, who has been living in his home state of Baden-Württemberg since his release, intends to move to Berlin in the new year. The German capital is already home to more than ten former members of the leftist terrorist group the Red Army Faction.

Klar was convicted on nine counts of murder and 11 counts of attempted murder in 1985, as one of the leaders of the so-called “second generation” RAF. He was involved in three assassinations in the infamous “German Autumn” of 1977, when a string of politically-motivated kidnappings and murders shook Germany.

The three notorious killings of that autumn, of state prosecutor Siegfried Buback, the banker Jürgen Ponto, and Hanns-Martin Schleyer, president of the Confederation of German Employers’ Associations, represented the culmination of the RAF movement, and were dramatised in the recent movie The Baader-Meinhof Complex.