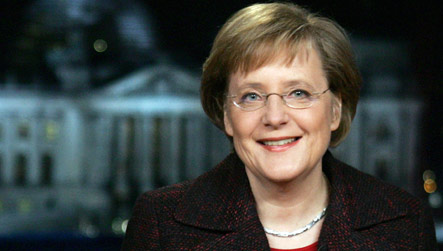 “First of all, happy holidays. Relax, pool your energy, and enjoy a blessed celebration,” Merkel said in her holiday address, before warning of the hazards posed to Europe’s largest economy during a global recession. “There will be a lot to do, and we will need everyone’s strength and cooperation.”

She also used her latest broadcast to mention the government’s second economic recovery plan, negotiations for which are to commence next week. “We will take another step in January,” she said, but added that the route to economic recovery would have to be “carefully planned,” in order to save or create jobs.

The aim is to see Germany “emerge from the crisis stronger, more modern, and better equipped for the 21st century and globalisation.” This is why Merkel sees infrastructure investment as the priority of her recovery programme, especially equipping schools and improving broadband networks.

Criticism of the government’s measures has come from the German Confederation of Skilled Crafts (ZDH). Daily paper Neue Osnabrücker Zeitung reported that according to Otto Kentzler, the president of the ZDH, the government is not doing enough to inform people of the details of the new programmes and the actual benefits they can draw from them.

“What homeowner knows that from January 1 the programme for the renovation of buildings will be simplified, and that the interest rate will sink to 1.4%?” Kentzler asked.