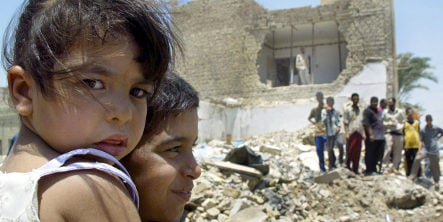 The thanks from James Marks, in an interview with Der Spiegel magazine, is likely to damage Foreign Minister Frank-Walter Steinmeier, who is set to testify to a parliamentary investigative committee on the subject this Thursday.

Marks says information from the German secret service, the BND, was highly rated by the US military, and was instrumental in planning a number of attacks, including the initial invasion.

This is likely to prove embarrassing as Steinmeier was a senior figure in the Schröder government at the time, which had been re-elected on an anti-Iraq war platform.

Marks told Der Spiegel, that the efforts of the Germans were “extremely important and valuable,” and that they had helped move the date of the invasion forward, as well as the rejection of a plan to attack Baghdad airport.

“We trusted the information coming out of Germany more than we did that from the CIA,” Marks told the magazine.

“Whoever suggests that these reports played no role in the offensive is living on another planet,” he said.

But the BND has always denied furnishing the Americans with information relevant to the war, an assertion underlined this month by BND president Ernst Uhrlau to the parliamentary investigative committee.

His predecessor August Hanning had also ruled out the idea that German secret service information could have been used as the basis for an air attack.

Steinmeier’s spokesman Jens Plötner said the minister stood by his assertion that the then government had followed a “clever and responsible policy” to the war at the time.

“Germany was against the Iraq war for good reasons,” he said. “And therefore did not take part in any military operations.”