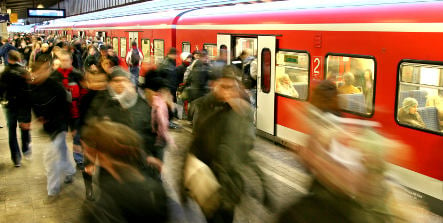 From this week, not only will the tickets themselves be more expensive – the discount cards will cost more too.

“It absolutely does not fit into the current economic-political landscape,” said Karl-Peter Naumann, chairman of the group. While many people are expecting to have to batten down their personal economic hatches next year, Bahn increased their prices above the base rate of inflation, he said.

“We have no understanding for this whatsoever,” said Naumann. He said the reason given by the Bahn – that energy prices had increased – sounded like a joke.

He said petrol prices were lower than they had been for years, and expressed concern that many travellers may drive cars rather than travel by rail.