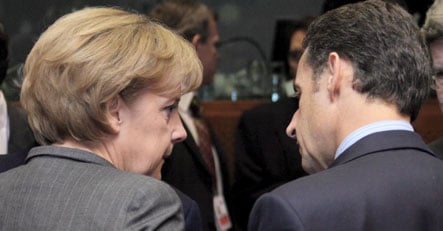 Bruno Le Maire, 39, a former aide to ex-prime minister Dominique de Villepin, will replace Jean-Pierre Jouyet, who is stepping down to become the new head of the AMF market authority in France.

Sarkozy announced his appointment during a European Union summit in Brussels on Friday, the last one to be held under the French EU presidency that ends on January 1 when the Czech Republic takes over. The president described his new secretary of state for European affairs as a “talented young man who is deeply committed to Europe.”

Le Maire was Villepin’s chief of staff from 2005 to 2007 after serving as Villepin’s chief diplomatic adviser during his term as foreign minister. He is credited with helping to write Villepin’s impassioned speech opposing the war in Iraq, delivered at the UN Security Council in February 2003.

Le Maire brings a key asset to the job – his knowledge of German. Franco-German relations, considered the engine of Europe, have suffered under Sarkozy who has squared off with German Chancellor Angela Merkel on a range of issues from creating a Mediterranean Union to economic policy.

With France winding down its six-month stint at the helm of the 27-nation EU, Sarkozy has made no secret of his intention to remain active in tackling Europe’s crises. But the French president will need Berlin’s support as he tries to steer the 15 countries that share the euro currency into a new forum to address economic and financial issues.