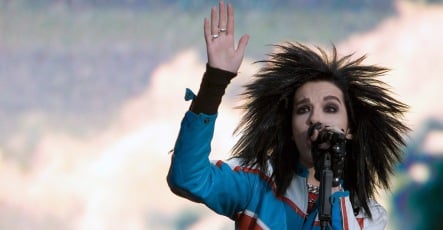 Hello, is this thing on? I can't work like this... Photo: DPA

The Magdeburg-based teen group – Bill, his brother Tom, Georg and Gustav – are currently touring the country, but have only been “lip-synching and miming all of their performances,” according to Hilton’s gossip website.

He even revealed an alleged set list which indicates when lead singer Bill’s microphone has to be switched back on in between songs so that he can talk to the audience.

Has success made the four pop idols cocky or did Bill never really recover from his larynx operation in March?

However, the alleged “straight-up fakery” might disappoint some teen fans as the group describe themselves as real musicians. Hilton slammed the band as the “new Milli Vanilli,” a reference to the ill-fated 1990s German-produced group that won a Grammy yet didn’t actually sing their own songs.

Tokio Hotel released their first album “Schrei” (Scream) in May 2006 and sold some 600,000 copies in six days in Germany. It also quickly became a major success in France, Austria and Switzerland. The band’s first US single was released in late 2007.