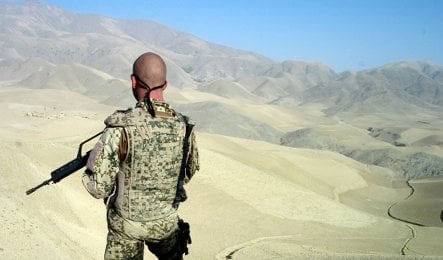 “Germany has made decisions over the last few weeks,” Steinmeier said, pointing to the country’s recent approval of a mandate to raise Bundeswehr troop levels from 3,500 to 4,500 in Afghanistan.

NATO foreign ministers will discuss future strategy for Afghanistan at Wednesday’s meeting, including a US request to increase troops by 20,000.

Germany currently has some 3,500 troops stationed in northern Afghanistan who have become the target of an increasing number of insurgent attacks as part of the NATO International Security Assistance Force (ISAF) mission there. The German Bundestag, or lower house of parliament, voted in October to extend Germany’s participation in Afghanistan and increase the number of soldiers deployed there to 4,500.

But opposition to involvement in the war in Afghanistan runs high in Germany after at least 30 German soldiers have been killed so far in seven years of being deployed there.