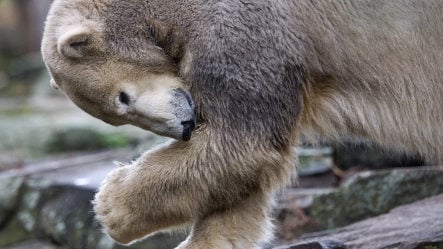 Berlin Zoo revealed ahead of Knut’s second birthday on Friday that it is mulling a move for its main attraction in a bid to find a mate for the blossoming youngster.

Torbjörn Wallin, head of Orsa Grönklitt AB, the company that owns the park, said he was very keen to provide Knut with a new home in the Dalarna region.

“He is the most famous bear in the world after all,” he told Swedish news agency TT.

With a new four hectare polar bear enclosure scheduled to open in May 2009, Orsa is perfectly positioned to house the furry Berliner.

The park is investing ten million kronor in the project, which will also include an information campaign to highlight the plight of the endangered species.

Meanwhile German news agency DPA reported on Monday that Knut could be headed Neumünster Zoo in Schleswig-Holstein either after Christmas or in 2010.

The Neumünster Zoo let the Berlin Zoo borrow Knut’s father Lars in 1999 on the condition that the first-born cub from his union with mother Tosca would belong to Neumünster, and the zoo is now claiming its rights to the lucrative polar bear. Whether Neumünster is due a share in the more than €5 million profit from Knut-based souvenir and ticket sales will be decided in May. The decision will follow a controversy which began last summer over whether Neumünster has a claim to the bear’s proceeds.

He was the first polar bear to be born and mature in the Berlin Zoo in more than thirty years, and came into the international spotlight after his mother abandoned him and his brother on a rock in their enclosure. Knut’s brother died shortly thereafter, little Knut survived and was raised by the late zoo keeper Thomas Dörflein.

Knut will celebrate his second birthday in the Berlin Zoo on December 5.