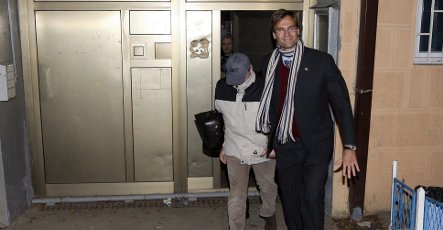 One of the three German agents leaves the Pristina Detention center. Photo: DPA

“Nothing has been decided but it is accurate that a certain amount of pressure was exercised and that these considerations are taking place,” the source with knowledge of bilateral ties said, confirming a report in the German newspaper Welt am Sonntag.

The newspaper reported Sunday that Berlin had brought “massive pressure” to bear on the Kosovan authorities to have the three men, who reportedly work for German intelligence, released over the weekend.

The three Germans, reportedly working for the BND foreign intelligence service, were captured November 19 and held accused of involvement in the bombing of the Pristina headquarters of EU special envoy Pieter Feith.

Kosovo and German media reports said the trio were investigating the blast for the BND. Since they were not registered with the Kosovan government, however, they had no diplomatic immunity.

A United Nations court in Pristina ordered their release Friday and the three left Kosovo Saturday.

A German government spokesman had last week angrily dismissed “absurd” the notion that Berlin could have been involved in an attack on an EU envoy.

The Pristina attack, in which no one was injured, came amid opposition by Kosovo Albanians to the planned deployment in December of a EU civilian mission focused on police, the judiciary and customs under a deal reached between the UN and Serbia.