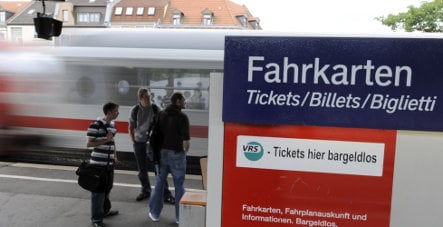 A train conductor threw a 14-year-old girl off a regional train in Berlin this week for having a ticket that would only become valid later that day – sparking Deutsche Bahn to pull the emergency break on what has become a public relations disaster for the state-owned rail company.

Deutsche Bahn on Tuesday said all conductors would be forced to sign an agreement not to throw minors without tickets off trains. The company also announced it was suspending the three conductors who had ejected children in three separate, yet similar incidents.

“Any misconduct by train conductors will have legal consequences for employment,” Deutsche Bahn warned personnel in an SMS sent nationwide.

A spokesman said the railway operator had apologized to the parents of the children and that it would offer conductors training on how to handle with similar situations in the future.

Last week, a conductor in the eastern German state of Brandenburg forced a 13-year-old student to disembark in the town of Wittstock, 42 kilometres away from Neuruppin where the girl lives.

The Deutsche Bahn employee reportedly refused to buy the girl’s excuse that she had forgotten her wallet and student ticket at home. Speaking to the Märkische Allgemeine Zeitung, the girl’s mother said the conductor remained unmoved even after her daughter told him tearfully that she didn’t have money or a mobile phone to make a call home and that she didn’t know anyone in Wittstock. The conductor also allegedly refused to allow the girl to use his mobile phone to make a call to her mother.

And in October, a conductor forced a 12-year-old girl on her way to cello lessons to get off a train at dusk in a remote rural area in Mecklenburg-Western Pomerania because she forgot her ticket. The conductor forced the girl to disembark despite protests from adult passengers who offered to buy her ticket and complained that it was irresponsible to leave her alone so far away from home.