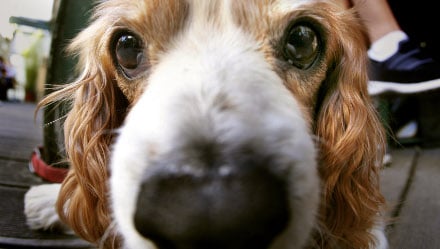 The animal suffered an agonizing end after it came into contact with endrin, a highly poisonous substance used to kill insects and rodents, which was put out by someone the paper calls a “dog hater” in Rheinbacher in the German state of North Rhine Westphalia.

Veterinarian Dr. Kurt Richert told the paper he was unable to help the poor pup because its internal organs had been corroded by the chemical. The animal’s owner has since filed a complaint with the police.

But area residents aren’t just concerned about their dogs, the paper reported. “If a small child were to swallow a bait prepared with endrin, it could die,” Richert said.

The city has reacted by printing out leaflets warning of the poison, which has killed four other dogs in the area. According to the doctor’s statements the chemical has not been on the market for ten years.

Richert and Rheinbacher dog owners told Express they are losing patience with police, who they said are not exerting enough energy on these cases.

“I have asked [the police] five times about the poison eaten by another dog that died in my practice,” Richert told the paper. “The police picked it up, but to this day have not told me the exact cause of its death.”