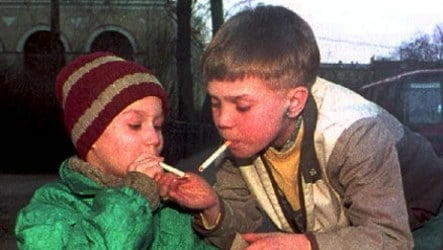 Officials from the Cancer Research Centre in Heidelberg and the Association of Consumer Protection Agencies in Berlin said sweets made to look like cigarettes – widely available in German supermarkets and kiosks – gave youths the impression smoking was a harmless pleasure.

“Candy and toy cigarettes are a constant temptation for young children and have been shown to double the chances of becoming a smoker as an adult,” a spokeswoman for the Cancer Research Centre told The Local. “Forbidding them is a question of taking smoking prevention seriously.”

Candy resembling tobacco products has already been outlawed in other European countries, such as Great Britain, Finland, Norway and Ireland. The prohibition of candy cigarettes is also outlined in a World Health Organization convention, which Germany has ratified.

The two groups calling for the ban believe the legal enforcement of the convention is a crucial part in preventing German children and teenagers from smoking. They see voluntary agreement as too unreliable and say only a legal prohibition of the sweets will guarantee child welfare.

According to a 2005/2006 US survey of nearly 26,000 adults, consumption of candy cigarettes at age 12 doubles one’s chances of becoming a smoker as an adult, regardless of the smoking habits of one’s parents.