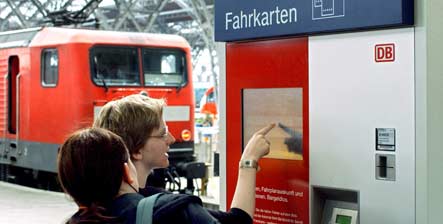 Two-thirds of the highest fare increases, which coincide with scheduling changes on December 14, will effect regional connections, the paper found in a comparison of new prices.

In the eastern city of Cottbus, for example, 22 of 36 routes will be increased by four percent. In Leipzig 20 of 36 trip tickets will increase, and half of Halle tickets will go up, the paper reported. Meanwhile 12 of the 15 regional connections that will be effected by the price increase are in eastern cities.

The train fare increase sparked outrage among politicians and citizens when in was announced this August, but Deutsche Bahn maintained that rising energy and personnel costs made the changes necessary.