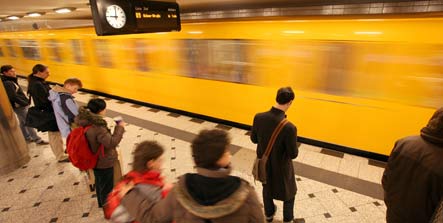 “The crisis can have an affect on all cross border leasing businesses,” Winfreid Fuest from the IW institute for German economy told the paper.

The German cities who financed their metro systems, canals and even trade fair centres may have to pay the price for failing US banks and insurers. “Established securities are becoming worthless from one day to the next,” Fuest said, adding that it’s difficult to predict the sums of money this problem might involve because such cross border leasing contracts are rarely transparent.

The practice involves a city selling its assets to a foreign entity, which then leases the business to the city – which then avoids certain tax expenses.

Among other cities, Berlin has financed up to six trade fair halls. Subway and street car vehicles and equipment have also been rented from the US. Meanwhile Cologne’s canal system, Ulm’s power plants, and Gelsenkirchen’s schools and public buildings were all financed through this system.

The paper estimates that the practice involved some €40 billion in the 1990s alone.