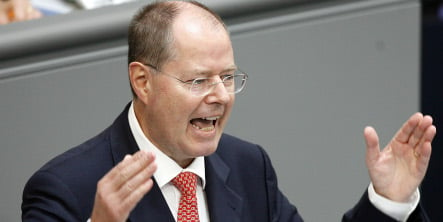 Speaking to parliament to present the German government’s 2009 draft budget, Steinbrück warned against overdramatizing the impact of the demise of the storied American bank on the world’s third largest economy.

“Although the crisis on the financial markets undoubtedly poses the biggest risk to the German economy, I consider the potential ramifications for us to be limited,” Steinbrück said.

He added that German financial institutes’ exposure to Lehman Brothers appeared to be modest and that there was no reason to question solid foundation of the county’s banking sector. Steinbrück did, however, not try to gloss over that Germany’s economy was weakening due to the global financial crisis sparked by the subprime lending mess in the United States.

“The economy is heading into a downturn, that’s correct. No one is taking that lightly,” he said.

Lehman Brothers was forced to file for bankruptcy on Monday and another Wall Street heavyweight, Merrill Lynch, agreed to sell itself to Bank of America to avoid the same fate, sparking fears around the world that America’s dicey financial markets could spiral out of control. The US insurer AIG was also struggling to piece together an emergency loan to stay afloat.