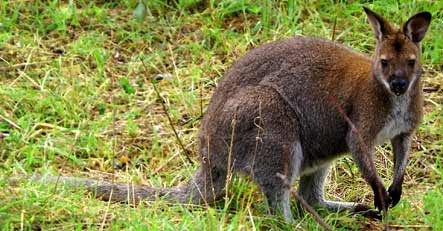 Late in the evening, the kangaroo was reported to be hopping through the town of 39,000 in the German state of North Rhine-Westphalia. After police verified the authenticity of the call, emergency workers tried to capture the marsupial, but it had no interest in the dog treats they offered it, police said.

Fire department workers were finally able to catch the 70-centimetre tall animal with a net, and it was not injured.

Police had no leads on who might own the wily kangaroo and placed it in a Troisdorf animal shelter. But later on Tuesday they found it was one of two house pets named Tequila and Sunrise, news agency AFP reported.