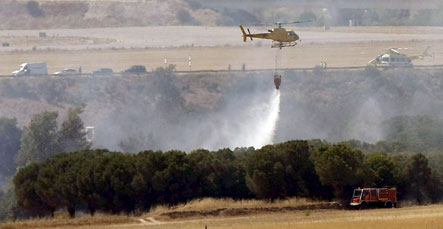 Four of the passengers arrived in Madrid from Germany for the ill-fated connecting flight to Las Palmas in the Canaries, a statement from Lufthansa said.

The airline, which operates a code-sharing agreement with Spanair, was unable to confirm if any of the German-registered passengers were among the dead or if they boarded the flight. It said it had sent a team offering psychological help to assist the jet’s operators Spanair deal with victims and families.

Spanish media reports said that at least 150 people perished in the crash, which took place as the plane was taking off in Madrid.