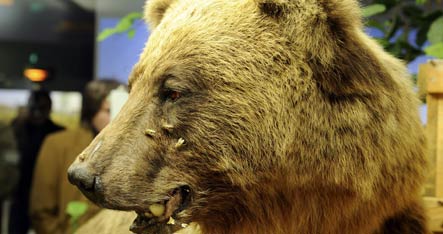 Llamas - they don't really look much like bears. Photo: DPA

The “absolutely believable” witness probably saw a llama from a traveling circus that happened to be in town on Sunday, a police spokesperson in Wetzlar told news agency DDP.

Authorities from Dillenburg and Gießen had mobilized a helicopter and authorized hunters to investigate the lead, but came up empty handed. Residents in the path of the investigation were warned via loudspeaker, though a “definitive validation” had not been reached.

A nature expert from German nature protection agency BUND told DDP that finding a bear in Hesse would be “extremely unlikely,” because the last live bear hasn’t been spotted in the area since 1678.

“Bruno,” the only other brown bear seen recently in Germany, was shot and killed in the Bavarian Alps in June 2006 and is now on display in Munich.