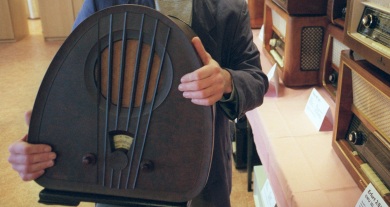 This one isn't it either? Photo: DPA

The radio was confiscated on June 1, 1945 because military officials needed it for their operations. The radio owner’s son contacted police and asked to have it returned after producing certification that his father delivered the radio on that day in 1945.

According to the Bochum police, they are searching the station’s evidence room for the radio, though they doubt they will find it after so much time has passed.

Bochum police also emphasized that the request was not an April Fool’s joke.